Automotive manufacturer of Aurora , Illinois.United States from 1906 to 1907. 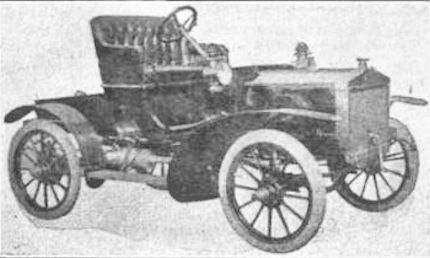 Aurora Automobile Company , was an American manufacturer of automobiles in the early part of the 20th century .

The Aurora  motor Company of Aurora in Illinois originally represented parts for carriages ago. AJ Jeffrey, JM Spiker and ED Pinney led the company. In 1905, they recruited WH Howe of the Chicago Automobile Company as a vehicle designer , renamed the company Aurora Automobile Company , and began producing automobiles. The brand name was Aurora . 1906 ended the production.

There was no connection to the Emancipator Automobile Company from the same city, which used the same brand name for their vehicles from 1907 onwards.

The only model was a touring car this had semi high wheels for better road clearance . The chassis had 254 cm wheelbase . A four-cylinder engine with 30 HP power drove over a friction gear and propeller shaft to the rear axle.