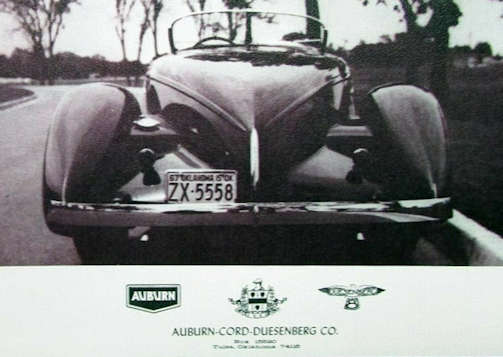 Auburn-Cord-Duesenberg Company is an American company and former manufacturer of automobiles .

The businessman Dallas Winslow took over in 1938 with the brands Auburn , Cord and Duesenberg part in insolvency geratenen Cord Corporation . Since 1922, he had developed his business model, which was to buy up spare parts inventories of disintegrated automobile brands and to provide customers and workshops with often hard-to-get-hold components. The first brand he took over was Paterson . Until 1947, he led parts for 25 former brands in the range. The head office was in Cleveland, Ohio , a branch of the General Motors Buildingin Detroit. His customers were not collectors, but used their vehicles in everyday life. Thus, according to his own statement, his company helped to keep some 200,000 vehicles in operation during the Second World War and to protect them from premature scrapping.

The new company was called Auburn-Cord Duesenberg Company and had its headquarters in Indianapolis in Indiana . Former Auburn plant manager HS Lidell also held a leading position with ACD. The operation worked according to the approved pattern and provided initially only spare parts that were soon remade in a separate department. This included complete engines and transmissions. In place of business in the former Auburn vehicles were also maintained. In addition to Duesenberg, Auburn and Cord, these were mainly the also supervised by ACD brands Graham-Paige and Graham,Hupmobile and Franklin . Between 1938 and 1940, a last Duesenberg Model J was assembled from existing components. Later were restorations offered.Immediately after the war Winslow solved the Duesenberg activities from within the company and sold them along with the trademark rights to Marshall Merkes  , which subsequently together with August S. Duesenberg and Gordon Buehrig unsuccessfully tried to revive the car brand. A name change did not occur.The teacher Glenn Pray, who later also led the Cord Automobile Company , took over the company in 1960 and moved the seat to Broken Arrow in Oklahoma . As a founding date 6 May 1960. First, he still took care of spare parts.

In 1967 he started producing automobiles. The brand name was Auburn . The vehicle production ended around 1975 . In total, 138 vehicles were created. As a spare parts and vehicle trade, the company continues to exist. Meanwhile, it is headed by Doug Pray, son of the founder.

Included replicas of classic Auburn vehicles. The first model was the 866 Speedster , a fairly accurate replica of the Auburn 851 (V12, 1935) resp. 852 (eight-cylinder with compressor, 1936), for which a few original parts were used. A chassis of Ford with the original wheelbase of 323 cm was the base; for better weight distribution, the engine was set back a bit. Then, a two-seater Roadster body made of fiberglass mounted. A V8 engine of Ford with 7000 cc displacement and 375 PS Power drove the rear axle. The choice was a manual four-speed gearbox and an automatic transmission . 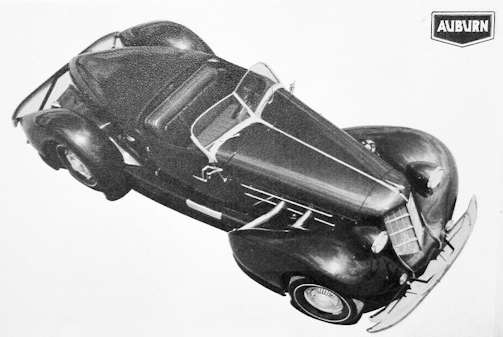