Automotive manufacturer of Phoenix, Arizona, USA from 1965 to 1969. 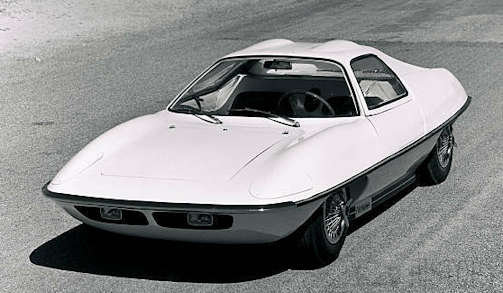 The AMT Corporation of Arizona was an American manufacturer of automobiles in the 1960s . The brand name was AMT

The company was founded in 1965 in Phoenix , Arizona. By Egene Winfield. It was a department of the AMT Corporation of Troy in Michigan , that produced toy cars from plastic . The acquisition of a prototype of Marbon Chemical Division of Borg Warner started the production of automobiles.By 1968, the production ended. Overall, emerged only five or six vehicles. By 1969, the company was dissolved.

The only model was the piranha .The chassis and body were made of plastic. The vehicle was at 2413 mm wheelbase 3988 mm long.  The striking feature of the coupe were the double doors . A six-cylinder - Boxer engine from the Chevrolet Corvair drove both the road and racing versions. With power of either 140 PS or with the aid of a turbocharger 180 hp.

An execution as dragster had a V8 engine with 7000 cc engine capacity from Chrysler .Later Sportsland Unlimited, a division of Allied Industries International , later produced replicas .

On the TV series The Man from U.N.C.L.E. a AMT Piranha was used. 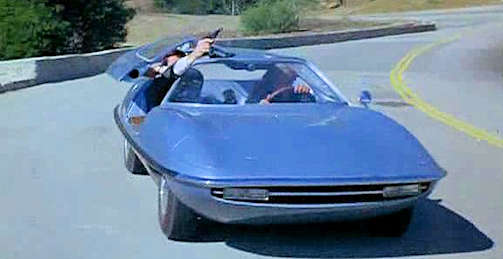