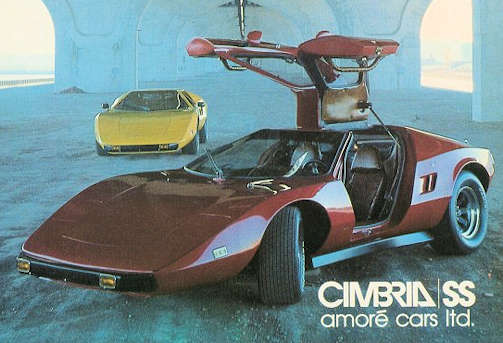 Amore Cars Ltd. was an American manufacturer of kit cars and automobiles .

The company was founded on April 10, 1974 in Milwaukee , Wisconsin . in 1978 began production of cars and kit cars . The brand name was Amore , possibly with the addition of Cimbria .By 1990, production ended. Overall, developed over 500 vehicles.

Nereia Cars continued to produce a model under its own brand name.

The first model was the Cimbria . It was a coupe with gullwing doors . Initially, a chassis of the VW Beetle . Later, a tubular frame was used, which could accommodate V6 and V8 engines .

In 1984, the better-equipped variant Viper 2000 supplemented the assortment. This model was only available as a complete vehicle. The choice included a six - cylinder boxer engine from the Porsche 930 with turbocharger .