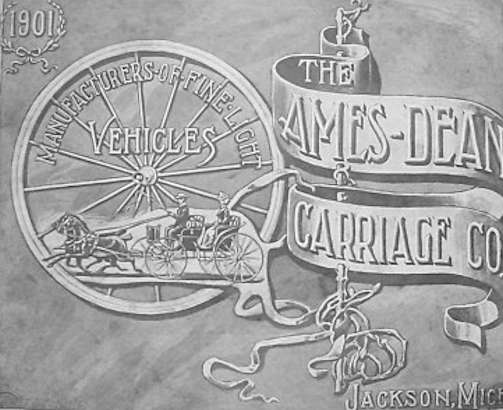 Ames-Dean Carriage Company was an American manufacturer of bodies and automobiles from the early part of the 20th century. The brand name was Ames-Dean

The company was based in Jackson , Michigan . Originally it produced carriages at the turn of the century. For two years also cars were created.  it was from 1909 to 1910. It is unclear, if actually the full number of 200 announced vehicles were manufactured.

Like its carriages the only model was a highwheeler. With its large wheels and the large ground clearance , the vehicle was suitable for the then bad roads.