Automotive manufacturer of Pittsfield , Massachusetts.United States from 1904 to 1911. 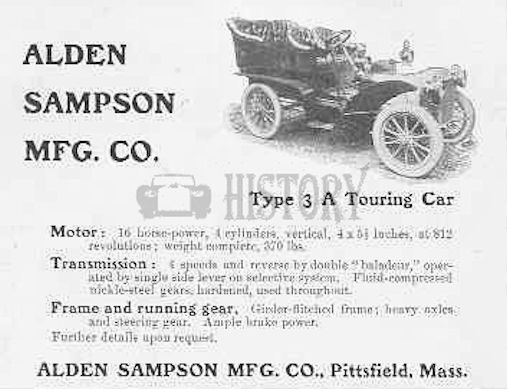 Alden Sampson Manufacturing Company was an American manufacturer of motor vehicles and trucks .

Alden Sampson operated the Alden Sampson Machine Company in Pittsfield , Massachusetts . He first produced a prototype for the Moyea Automobil Company in 1904 . Since Moyea was not yet able to produce the vehicle itself, Sampson took over his design, refined it and brought him in 1904 on the market. For this he founded his own company. The brand name was Alden Sampson . In the same year, the car production ended. Instead, 1905 began the production of large commercial vehicles , which were marketed as just Sampson .

Alden Sampson died in 1909. His widow sold in 1911 the company to the United States Motor Company .

The only model was the type A 3 . A four-cylinder engine with 16 hp powered the vehicles. The wheelbase was 224 cm. The open touring car offered space for five people. Other superstructures such as sedans were possible on customer request. 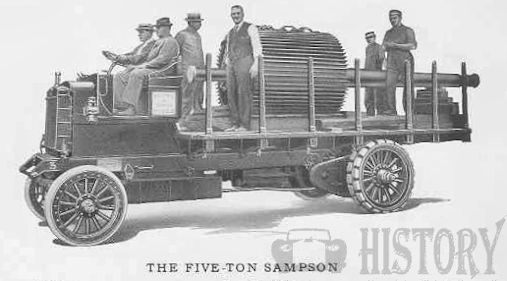