Automotive manufacturer of Cleveland , Ohio.United States from 1896 to 1924. 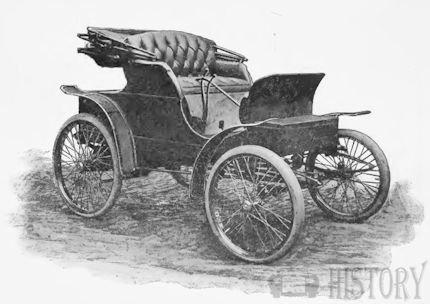 Winton Motor Carriage Company was an automotive and engine manufacturer in Cleveland , Ohio . The company was founded on 15 March 1897 by Scottish immigrant Alexander Winton and had a number of inventions related to car mechanics patented.

1898 Alexander Winton built the first pickup truck with gasoline engine in the US.Plus many other commercial vehicles built.

In the following years, Winton became one of the largest car manufacturers in the United States . In 1924, the Winton Motor Carriage Company ended car production because of competition from other manufacturers. The production of gasoline and diesel engines for stationary applications, marine and railways was continued under the name already registered in 1912 Winton Engine Company .

On June 20, 1930, the Winton Engine Company became a subsidiary of General Motors . The former Winton engine department for general engines was shut down in 1962.