Automotive manufacturer of Pittsburgh.United States from 1900 to 1912. 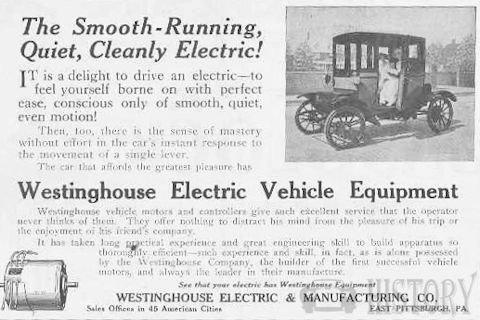 The Westinghouse Electric & Manufacturing Company in Pittsburgh ( Pennsylvania ) is a former American manufacturer of electrical components, generators and electric vehicles . The company also developed a luxury car that was possibly first manufactured in the US and then in France.

At the turn of the century, George Westinghouse also started to work in the automobile industry. With the acquisition of the 1901 in trouble Hub Motor Company of Charles Berg and HL Irwin from Chicago ( Illinois ), he came into the possession of patents for driving the automobiles of this small manufacturer. The 1899 presented Hub Electric had electric motors in each wheel hub, a system similar to that of the Lohner-Porsche "Semper Vivus". However, the patents underlying Hub Electric were based on findings by Fred J. Newman and the engineer and designer Joseph Ledwinka (1869-1949)  , later one of the designers of the Ruxton .

Responsible for these electric vehicles was the Westinghouse Electric & Manufacturing Company . The production of the Hub Electric with two or four seats seems to have been stopped very soon. It is possible, but not proven, that Westinghouse has assembled several more Hub Electric cars under its own name . Mainly, however, an order was made by 40 buses with wheel hub drive. Their bodies were created at the American Carriage Company in Cincinnati ( Ohio). These buses for an unknown client may be the first commercial vehicles with all-wheel drive ever. The production of such vehicles ended in 1903.

This was followed by the design of a conventional passenger car with an internal combustion engine. This vehicle was available as a "rolling chassis" (mobile but without body), as a touring and as a chauffeur-driven limousine . The wheelbase was a respectable 3099 mm (122 inches) for the time, the performance of the four-cylinder 40 hp according to the former calculation method according to ALAM ( Association of Licensed Automobile Manufacturers ). Possibly, this top-of-the-range car was manufactured in small numbers from 1905 to 1907 in Pittsburgh.  In 1907 it was taken at the Société Anonyme Westinghouse in Le Havre (France).

In France the model name was 30/40 CV ; the vehicles imported into the US did not have a model name. The approach is remarkable in that French automobiles were regarded as leading in the US at the time; here, however, appeared an American construction with American name, but which was manufactured in Europe.

Prices for a Westinghouse were astronomical in the United States: US $ 7,500 for the chassis and US $ 10,000 for the sedan , that he was one of the most expensive cars offered in the US. The Westinghouse was in Hungary , then part of Austria-Hungary , as Marta produced under license. In 1907, Westinghouse Electric was in financial difficulties and under bankruptcy administration. It seems that this meant the end of the import of the 40 hp.  It was built in Le Havre until 1912.Production continued with electric motors for a few years after.

Decades later, Westinghouse embarked on the electric prototype Markettea new push into the automotive sector. Developed in 1967 presented vehicle at the subsidiary Marketeer in Redlands (California) . 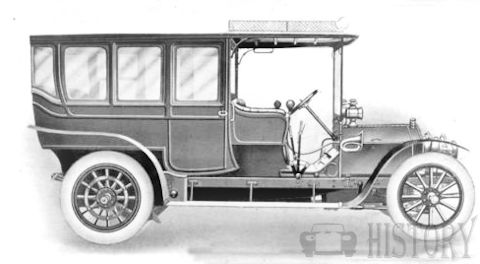