Automotive manufacturer of Chicago , Illinois .United States from 1900 to 1906. 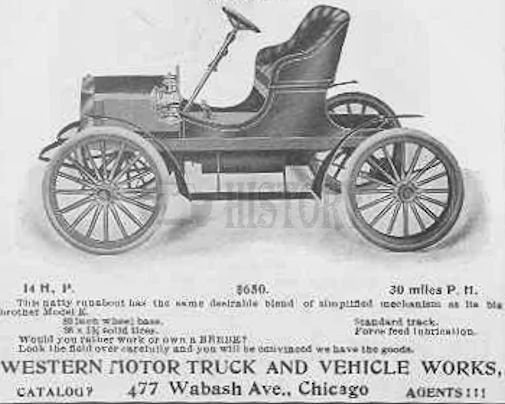 Western Motor Truck & Vehicle Company was an American manufacturer of automobiles in the early 1900s.

The Chicago-based company in Illinois experimented with automobiles from 1900 onwards . It was not until 1905 that the series production and marketing of automobiles that came on the market as Beebe began . 1906 was also a single truck. In the same year the production ended.

There was no connection to Baldwin & Beebe who used the same brand name.

First, the Model E appeared . It had a two-cylinder two - stroke engine from Wats with 30 hp power. The engine power was transmitted via a friction gear . The maximum speed was given as 40mph Unusually, the engine could be started with the push of a button. The wheelbase was 254 cm and new price $1,250.

The open runabout model year 1906. had a smaller two-cylinder engine with 14 hp. Again, this was a two-stroke engine from Wats . The chassis had 203 cm wheelbase to accommodated two people and top speed of 30mph and price tag of $650. 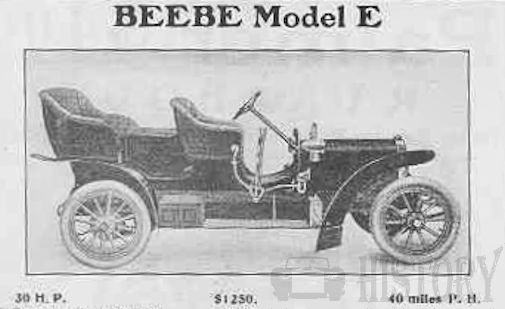