Automotive manufacturer of United States from 1901 to 1903. 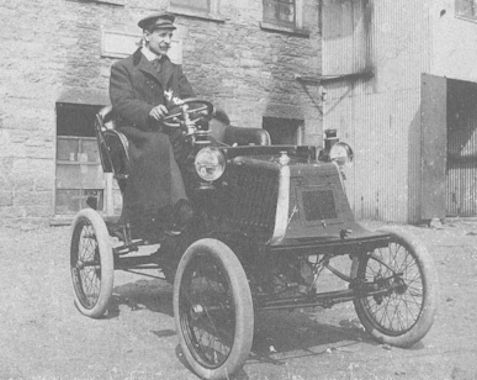 Ward Leonard Electric Company is an American company and former manufacturer of automobiles in the early part of the 20th century.

Harry Ward Leonard founded in 1892  the company in Bronxville in the State of New York . He was active in the field of electrical engineering. In addition, he began in February 1901 with the production of automobiles. The brand name was initially Century Tourist , from July 1901 Knickerbocker and 1903 additionally Ward Leonard . 1903 ended vehicle production. In 1915, the company moved to Mount Vernon in New York.

The company continues to exist and is now based in Thomaston , Connecticut . Brand name Century Tourist .The only model was a small car. A single-cylinder engine from De Dion-Bouton with 3.5 hp powered the vehicles. The open runabout had two seats and an emergency seat . Cardan drive and steering wheel were advanced details, as many competitors still chain drive and steering lever had. Brand name Knickerbocker .The aforementioned vehicle was called from July 1901 Knickerbocker Model 1 and remained until 1902 in the offer. The stronger model 2 appeared between February and July 1901 and was also manufactured until 1902. It also had a single-cylinder engine from De Dion-Bouton, but with 5 hp power. Runabout and Tonneau wereavailable as superstructures .