Automotive manufacturer of Massillon , Ohio.United States of America from 1909. 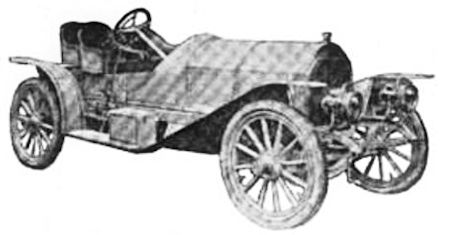 WS Reed Company was an American manufacturer of automobiles only in 1909 .The brand name was Massillon  .

WS Reed founded the company in Massillon , Ohio in 1909 . In addition, H. McYost, FO Shoemaker and Melville Schworm were involved. The production of automobiles began. Plans amounted to 35 vehicles for the year 1909. In the same year the production ended due to financial problems.CP Munch of the Munch Motor Car Company took over the company.

The vehicles had a six-cylinder engine . 114.3 mm bore , 127 mm stroke yielded 7819 cc displacement , and 60 PS output. The engine power was transmitted via a cardan shaft to the rear axle. One version was a roadster with two, three or four seats. The chassis had 300 cm wheelbase . The original price was $1750 US  .There were also touring cars with five and seven seats. The wheelbase was 315 cm. The vehicles cost $2000 .