Automotive manufacturer of Union City Indiana. United States from 1902 to 1905. 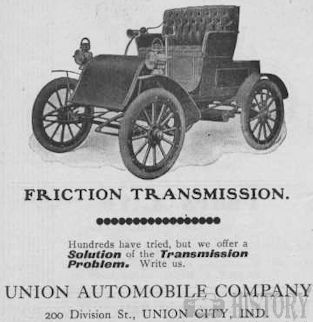 The Union Automobile Company was an American automaker that built automobiles from 1902 to 1905 in Union City (Indiana) . 1905, the company moved to Anderson (Indiana) .

John W. Lambert's first sales success in the automotive industry was the Union. The car was named after Union City Chamber of Commerce approval of the city in which it was manufactured. Most of the components were manufactured by Buckeye Manufacturing Company of Anderson, which also belonged to Lambert  .

The first union was delivered in 1902. The first Lambert automobile was seen as a prototype in 1901 on the road. The drive was a two-cylinder boxer engine with 2471 cc capacity, which was installed far in front and connected with two side chains with the rear drive pulleys. For example, a one-seater car was built that weighed 634 kg and had a 4 bhp (2.9 kW) engine. Another model weighed 815 kg and its engine produced 7 bhp (5.1 kW). These engines were also made by Buckeye. They were equipped with ignition magnets. The first model was soon followed by a second.

The Union Automobile Company built middle class gasoline vehicles for business and residential customers. The company's facilities included largely the Buckeye Manufacturing Company , wagon manufacturer, and the Lambert Gas and Gasoline Engine Company at Anderson, both owned by the Lambert family. In total, over 300 Union cars were created. 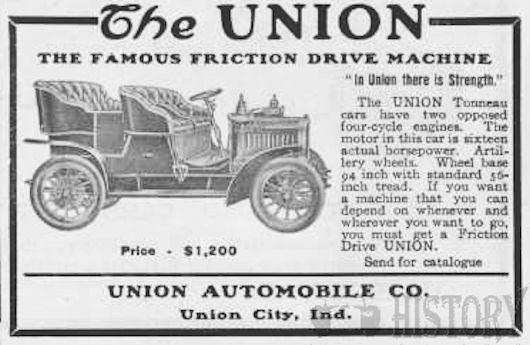