Automotive manufacturer of Chatsworth, California.United States from 1983 to 1985.

Toppo Manufacturing Company was an American manufacturer of Kit car automobiles in the 1980s .

The company was founded on July 13, 1971 in Chatsworth , California . 1983 began with the acquisition of a vehicle model of Seltzer Motor Industries, the production of automobiles and kit cars . The brand name was Toppo .1985, the vehicle production ended.

The only model Willow was a two-seat sports car as a coupe with a Targa roof . In a tubular frame, a four-cylinder engine from the Ford Escort with 1600 cc displacement . The Engine was positioned transversely behind the seats in mid-engine construction and drove the rear wheels. 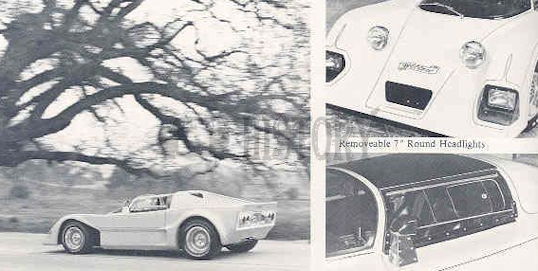