Automotive manufacturer of Flint , Michigan United States from 1913 to 1914. 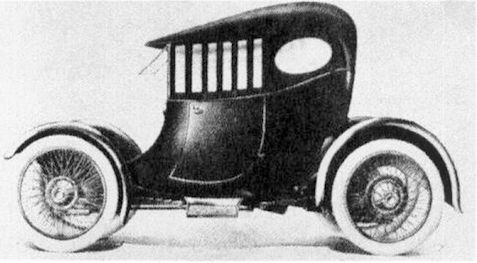 Tiffany Electric Company was an American manufacturer of automobiles in the 1910s .

C. Leroy Pelletier bought the insolvent Flanders Manufacturing Company in 1913 and started his own business. The seat and factory were located in Flint , Michigan . He produced automobiles between October 1913 and March 1914. The brand name was Tiffany .Then a reorganization led to the Flanders Electric Company in Pontiac .

The offer included electric cars . The chassis had 254 cm wheelbase . There were the versions Mignon and De Luxe . Both had closed bodies. In December 1913, a Bijou called Roadster supplemented the range. He could accommodate two people. The price of $ 750 was cheap for an electric car.