Automotive manufacturer of Springfield ,Massachusetts.United States from 1904 to 1912. 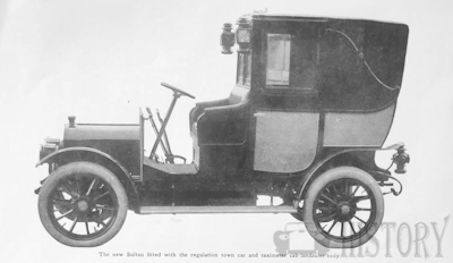 The Sultan Motor Company was an American motor vehicle manufacturer, which supplied mainly the taxi market. Before starting its own production, the company temporarily had its automobiles manufactured by the Otis Elevator Company .

Little is known about the company. The company was originally Sultan Motor & Car Company . It has a strong connection to the manufacturer of the French sultans gave  patents at least for the Sultan 12 HP and 12/15 HP were used.  the Sultan Motor Company was founded in 1904 by Henri de Buren under the laws of the State of New York and was based in New York Springfield Massachusetts. Sultan for 12 HP and 24/32 HP. Neither one of these model a larger four-cylinder  The wheelbase of 98½ inches indicates a year before 1909.

Founded in 1908 by Percy K. Hexter , the Hexter Taximeter Cab Company in New York operated a fleet of 50 Sultan taxis. Later, Hexter made a name as a designer of a hybrid bus , which appeared in 1913 as a gas-electric on the market. In the same year with the Otis Elevator Company found in Springfield, a new and unusual contractor for the automobile production. Otis made for Sultan prototypes and the production models of the Sultan 12/15 HP model years 1908 and 1909. Whether here also continue the truck with It is not clear, however, it is clear that from 1908 Sultan also served the market for passenger cars.  1910, the Sultan Motor Company moved into its own facilities in Springfield and now produces the vehicles itself. As chief engineer Nelson Bliss was hired.The Otis intermezzo indicates that the separation of electron manufacturing was not free of friction.The manufacture of the Sultan ended in 1912 .

Sultan vehicles contained many components imported from France, making repair and maintenance much more difficult because of their European (metric) standard; in the US imperial tool was common. 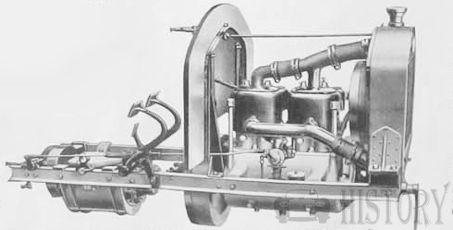 All Sultan automobiles had four-cylinder engines; a six-cylinder engine announced for 1912 never appeared. By far the most produced of the motor used in the 12 HP and 12/15 HP seems License LETHIMONNIER 12 HP data respectively. 12/15 HP . 3 × 4⅜ inch bore and stroke , from which a cubic capacity of 123.7 ci is calculated. (converted 76.2 × 111.125 mm, displacement 2956 cm³).  , giving 2851 cm³. Both are significantly more than the 2.4 liters, for the first of the French Sultans . The engine was water-cooled according to the thermosiphon principle (without water pump ). The power transmission was via a mechanical three-speed gearbox and a cone clutch via a cardan shaft to the rear axle .