Automotive manufacturer of California,United States from 1976 to 1980. 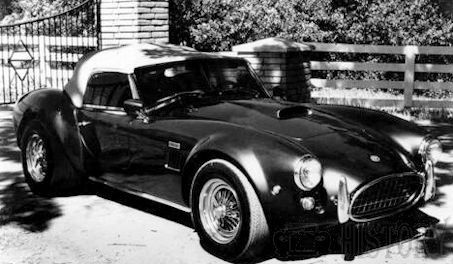 Red Stallion was an American replica kit car brand in the 1970s at first as Eagle American .

There are contradictory statements about this brand. Evidence shows that the first public presentation took place on August 18, 1977 at the California state fair in Sacramento .  There, the first two vehicles were sold.  Eagle American was based in Lincoln , California . Jim Kellison and Mike Grant made cars and kit cars between 1976 and 1978 . Red Stallion Ltd. was founded on April 2, 1978  The production was taken over and continued at least until the 1980 as Special Editions which was founded on July 12, 1979 in California. The company in 1980 was the third manufacturer of the brand Stallion .   Production number of 117 vehicles. Around 120 in total ccording to this, Red Stallion Ltd. was. only the distributor and Silver Classic Coach Craft  inc  the manufacturer.

The model was the replica of the AC Cobra, a two-seater open bodywork was plastic with  Various V8 engines of Ford with optional 4900 cc displacement or 7000 cc to be fitted to the vehicles.