Automotive manufacturer of St. Louis , Missouri.United States from 1898 to 1899. 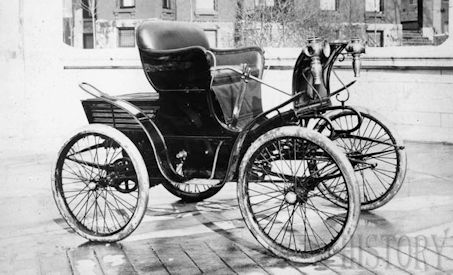 St. Louis Gasoline Motor Company was an American manufacturer of automobiles and engines in the late part of the 19th century.

Louis Langan had visited Europe in 1897, where he learned about automotive engineering. From the summer of 1898, he initially produced at least two passenger cars in St. Louis , Missouri . The brand name was Langan . It was only in November 1898 that he founded the company. The focus was on engines and vehicle parts. An order for 100 engines, power transmissions and chassis made for further investments. When the order burst, it meant the end for the company. Overall, only a few vehicles.

Langan used purchased single-cylinder engines with 1.75 hp power. The first vehicle was a small runabout with two seats. The curb weight was indicated at about 177 kg and the top speed at 29 km / h.The next vehicle weighed about 259 kg.