Automotive manufacturer of Indiana.United States from 1982 to 1990. 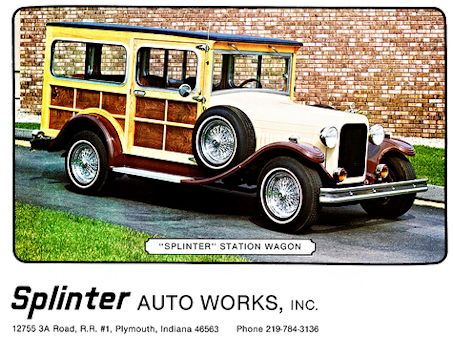 Splinter Auto Works Inc. was an American manufacturer of retro kit car automobiles in the 1980s.

The offer included vehicles in the style of the 1930s to 1950s. They were station wagons and pick-ups . The structure was at least partially made of wood and the fenders made of fiberglass . A four-cylinder engine of the Chevrolet Chevette with 1600 cc displacement propelled the vehicles. 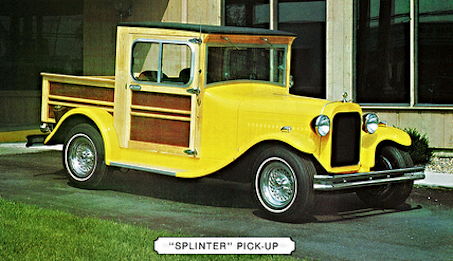