Automotive manufacturer of Cleveland , Ohio United States from 1898 to 1901. 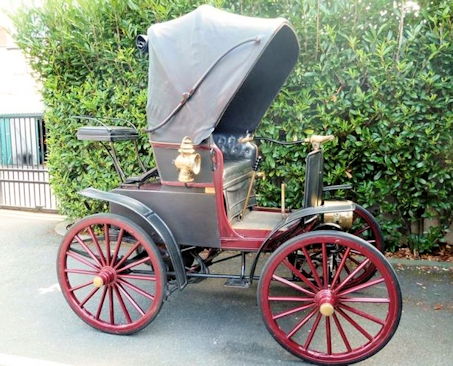 Sperry Engineering Company was an American manufacturer of automobiles at the tiurn of the 19th century .

Elmer Ambrose Sperry founded the company in Cleveland , Ohio in 1898 . He designed an electric car that was finished in October 1898. The Cleveland Machine Screw Company from the same city took over production for him. The brand name was initially Cleveland  and from 1900 Sperry . 1901 ended production. More than 100 vehicles had been exported to France alone .

The offer was exclusively electric cars. An electric motor with 3.5 hp powered them. 29 km / h maximum speed were specified. Open and closed bodies for two and four persons were available. Unusually, the operation was with a single lever, which later many competitors of electric cars took over.There are some copys still in existence.