Automotive manufacturer of Indianapolis , Indiana.United States from 1919 to 1921. 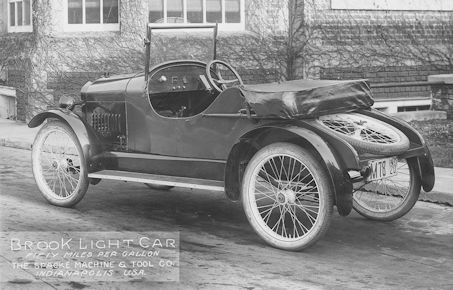 Fred W. Spacke founded the FW Spacke Machine Company in 1905 for engine production. The seat was in Indianapolis in Indiana . Many small car manufacturers used around 1914/15 Spacke engines. After Spacke's death in January 1915, his sons led the company. They sold it in 1917 to Daniel S. Brooks, who changed the name to Spacke Machine & Tool Company . 1919 began the production of automobiles. The brand name was Spacke in the first year , then Brook , named after the owner, but without suffix S. In September 1920, financial problems became known. In November 1920, the bankruptcy began . 1921 ended production.The Peters Motor Corporation took over the rights to the vehicle.

Spacke described the only model as a small car , like a Cyclecar , although it does not meet the criteria for Cycle Cars. The self-made two-cylinder engine was air-cooled and made 9/13 hp . He drove over a two-speed planetary gearbox to the right rear wheel. On a differential was waived. The chassis had 229 cm wheelbase and 117 cm gauge . The open roadster could accommodate two people next to each other. The gas tank was in the rear.As brand Brook.The only difference next to the brand name was the position of the tank, which was now under the bonnet. From this version about 25 vehicles made. 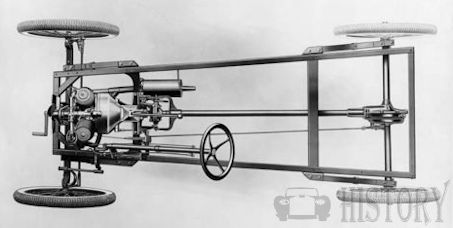