Automotive manufacturer of Rochester , New York.United States from 1907 to 1930. 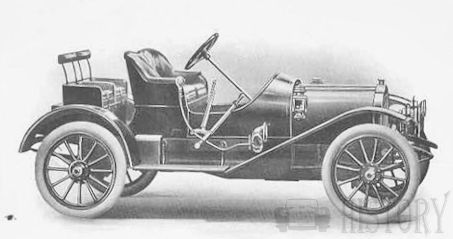 The Selden Motor Vehicle Company was an American automobile manufacturer. The company was founded in 1906 in Rochester , New York . The company produced passenger cars from 1907 to 1912 and trucks from 1913 to 1930 .

The Selden Motor Vehicle Company was founded by patent attorney and inventor George Baldwin Selden , the first owner of a US patent for the production of passenger cars with gasoline engines . He was the owner of the Selden patent , a patent for the application of an internal combustion engine for driving four-wheeled vehicles, and was considered in the controversial early days of automobile production as one of the inventors of automobiles in the United States.

To protect this patent, the Association of Licensed Automobile Manufacturers (ALAM) was founded, which included several major vehicle manufacturers such as Cadillac, Winton, Packard, Locomobile, Knox and Peerless, but not Ford . The Electric Vehicle Company of William Collins Whitney , which Selden had sold the patent in 1899, tried (until shortly before the patent expires 1912 with success) to control all manufacturers of gasoline-powered vehicles. 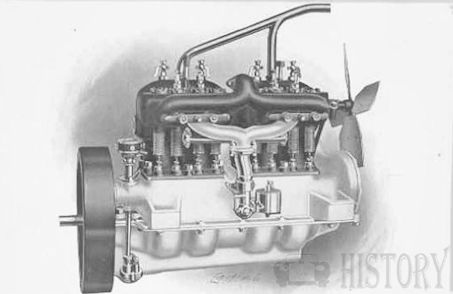 The Selden Motor Vehicle Company was officially founded in 1906 following the acquisition of the Buffalo Gasoline Motor Company . The advertising slogan: "Father of all patents" was very helpful for the young company. The first Selden vehicles were delivered in June 1907. The cars had four-cylinder in- line engines and cost about $2500 .

Selden had produced his car types as a touring, runabout, roadster and sedan with 30 or 40 hp four-cylinder engine. In 1913, Selden founded the company Selden Truck Sales Corporation for trucks, which also participated in the production of the Liberty truck . The company produced until 1930, when it was acquired by the Bethlehem Truck Company . 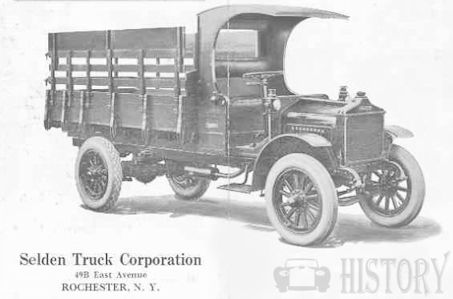