Automotive manufacturer of Chicago , Illinois.United States from 1906 to 1912. 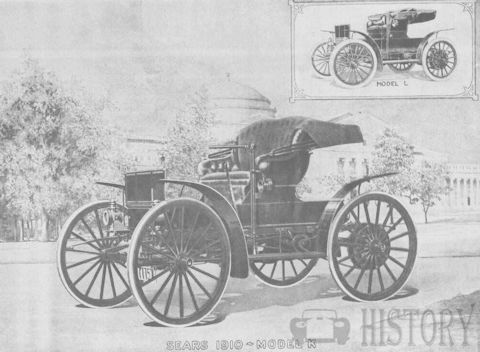 The company was founded in 1886 in Minneapolis by Richard Warren Sears as Sears Watch Company . In 1893, the company moved to Chicago, where Sears hired the watchmaker AC Roebuck. The company then traded as Sears, Roebuck & Co. Between 1906 and 1912 also automobiles were produced they were High wheel open buggys on later models had a 13" road clearance and a 72" wheel base and 6 gallon fuel tank.