Automotive manufacturer of Detroit , Michigan.United States from 1913 to 1923.

Scripps-Booth was an American car manufacturer based in Detroit , Michigan , which produced 34,300 vehicles between 1913 and 1923.

The company was founded by James Scripps Booth, a scion of the family that owns the media company EW Scripps Company, and his uncle William E. Booth. That had already been the Bi-Cargo , as Einspurwagen a blend of motorcycle and automobile, designed by the ever more than just the prototype had been built, however. First Scripps Booth produced so-called cyclecars , inexpensive companion, which were a mixture of the automobile and motor-bicycle. The first model appeared under the name Rocket and was available for $ 385 . Because Ford's model Tto have at ever lower prices and thus "full-fledged" automobiles for only slightly more money were available  was the success of cyclecars short-lived. After about 400 units, they stopped their production and moved into the luxury segment. 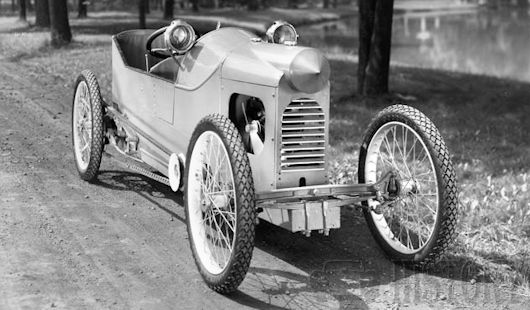 The more expensive car bodies sold in sufficient quantities and with the production of a powerful V8 engine one came into direct competition with Stutz . These cars were manufactured between 1915 and 1919. As early as 1917 James Scripps Booth sold shares of his company, which was initially taken over by Chevrolet under the leadership of William Durant and finally incorporated in 1918 after the acquisition by General Motors in their product line. Since then, only GM engines have been used. Durant, however, lost the influence at General Motors and a new management let the production run out, so that in 1923 the last car rolled off the assembly line. 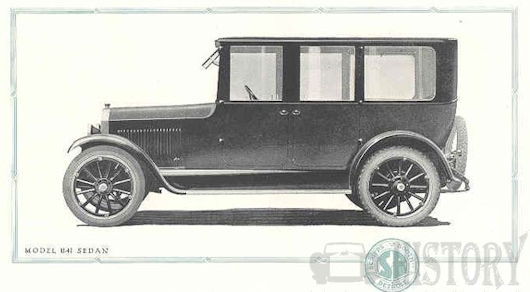