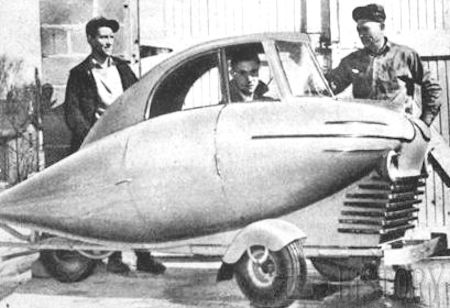 Scootmobile was the name of a automobile brand in the 1940s.

In 1946 the first car of this name appeared. It was built by Norman Anderson in Corunna, Michigan . Other people named Vernon Servoss and Lester Sworthwood.

The three-wheeled vehicle looked like the cabin of a fighter plane with two small wheels at the front and a tail wheel at the rear. The drive was provided by a single - cylinder two-stroke engine , which was installed in the rear and provided 12 bhp (8.8 kW). It stayed with a prototype.