Automotive manufacturer of Cincinnati Ohio. United States from 1904 to 1940. 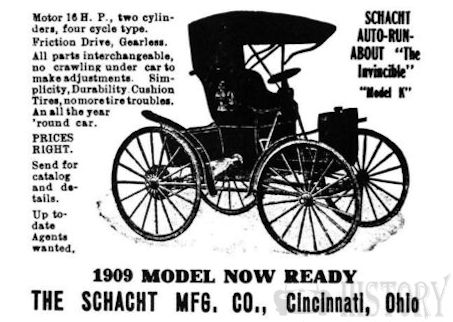 The Schacht  Motor Car Company was an American automaker, which manufactured in 1904-1913 in Cincinnati Ohio cars with the name Schacht . The company was founded in the 19th century as a Schacht Manufacturing Company for the production of small wagons . In 1904, Gustav A. Schacht decided to produce automobiles in addition to the wagons.

The first car was a high-wheeled buggy with two-cylinder engine in the rear, in which two people found space. In the following year, a four-cylinder model with 30 bhp (22 kW) power was added, the performance of which rose to 40 bhp (29 kW) in the following year. From 1907, however, Schacht limited himself again to the Highwheeler , cheap, high-wheeled vehicles that made the company known and successful. 1909 was renamed Schacht Motor Car Company . 1911, the wheels were smaller again and there were again four-cylinder engines. In 1912, the budget two-cylinder model fell away, but already in 1913 Schacht had to realize that his large passenger cars were no longer competitive. 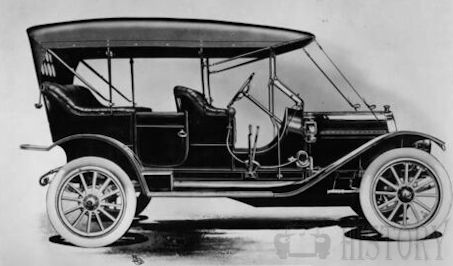 Later stopped the car construction.  With his brother William in June 1913 at Schacht Motor Truck Company and manufactured trucks until the late 1930s with production stoped due to world war 2.