Automotive manufacturer of Goleta , California.United States from 1978 to 1980.

The company was founded on May 26, 1978 in Goleta , California . M. Broggie led the company with 30 employees. Alfred DiMora, who later Clénet Coachworks launched, Thomas McBurnie, who later McBurnie Coachcraft founded, and Ray Kenney were involved. The first vehicle was presented and honored at an exhibition in Los Angeles in 1978 .  The brand name was Scepter . The production was limited from the outset to 500 vehicles and ended in 1980  .

Gatsby Coachworks continued production under its own name.

The only model was a vehicle in the style of the 1930s. with a 351 cu in lincoln V8 engine and 3 speedaut box. Contrary to what was then common practice in the US, it hada Neo-Classic European design and was somewhat similar to the BMW 328 and Talbot Lago . Chassis also came from the Mercury Cougar along with power brakes and steering . 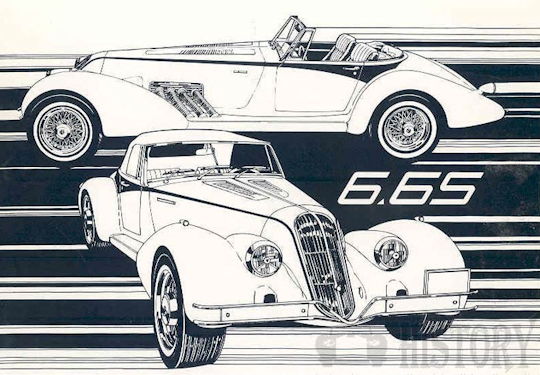