Automotive manufacturer of Fort Lauderdale Florida.United States from 1958 to 1960. 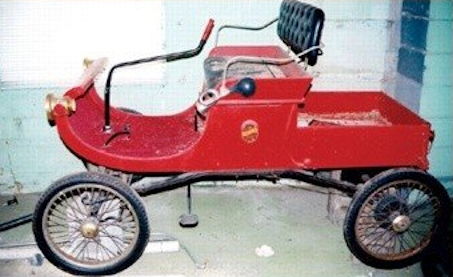 The start Manufacturing Company in Fort Lauderdale (Florida) introduced from 1958 to 1960 vehicles forth this brand. In 1960, the Horseless Carriage Corporation took over manufacturing in the same location. In the same year the production ended.

Two models were offered: the Olds Runabout ,was the replica of an Oldsmobile Curved Dash from 1901 and the Ford Runabout resembled a turn-of-the-century Ford . Both models were kept in scale 1: 1.33 and had the same mechanics. To drive a side-drive single - cylinder engine of Continental Motors Company with 138 cc, which developed 3 bhp (2.2 kW) . Thus, a maximum speed of 60 km / h could be achieved. Consumption was at a phenomenal 2.35 L per 100 km.