Car manufacturer of Rockford, Illinois.United States from 1907 to 1909. 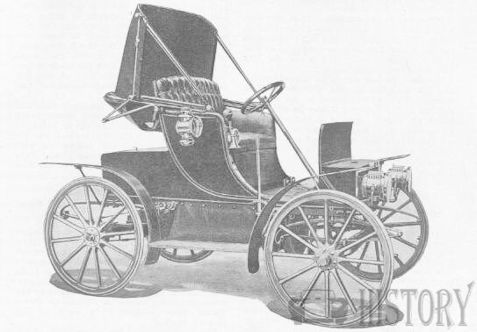 Rockford Automobile & Engine Company , previously Federal Motor Company , was an American manufacturer of automobiles in the eary part of the 20th century.

The Federal Motor Company was founded in 1907 in Chicago , Illinois . Adam Ziska was superintendent and John F. Waters the designer. They started with the production of automobiles. The brand name was Federal . As late as 1907, the name changed to Federal Automobile Company .

In 1908, the company moved to Rockford , also in Illinois. Renewed renaming led to Rockford Automobile & Engine Company . The brand name was in 1908 Rockfordand then again Federal .

In May 1909, the Industrial Automobile Company from Elkhart in Indiana took over the company. Possibly then created some vehicles with the previous brand name.There was no connection to the Federal Motor Vehicle Company , which previously used the same brand name.

The models later had a water-cooled four - stroke engine with 4" piston stroke with 14 hp . This was mounted in the rear and drove over a friction gear and belt to the rear axle giving a 30 mph speed The chassis had 203 cm wheelbase . The vehicles had solid rubber tires by default . Against a significant additional cost of 100 US dollars were pneumatic tires available weight 1500lbs.