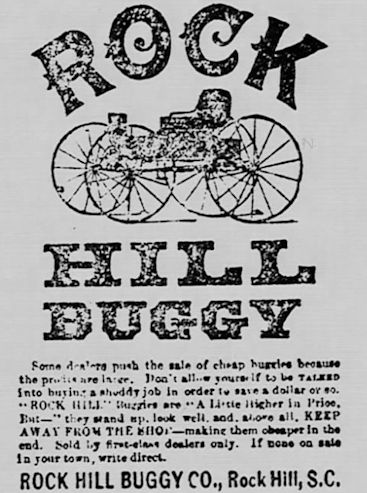 Rock Hill Buggy Company was an American manufacturer of automobiles in the 1910s .

The only model largely corresponded to a model of Norwalk. A four-cylinder engine with 35 hp powered the vehicles. The gauge was either 142 cm or 152 cm.