Automotive manufacturer of Rockland Massachusetts.United States from 1962 to 1963. 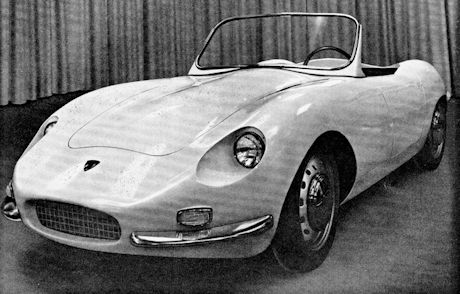 The Quantum Corporation was an American automaker, which was in 1962 and 1963 in Rockland Massachusetts with Saabs permission .

The Quantum was a two-door roadster with two seats. this was based on the Saab 96 from the time with Saabs approval. However, the wheelbase was reduced by 296 mm to 2184 mm, the total length was 3810 mm. The GRP body had stylistically nothing to do with Saab being a roadsters . Single seater formula race cars sold as a kit cars were also built under the Quantum name.

The car cost $ 3,000 and was to be sold through the Saab dealer network in the usa .Due to poor quality it never went into mass production.