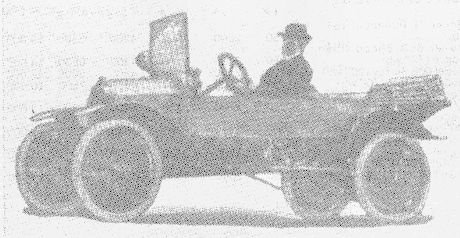 The Portland Cyclecar Company was an American automaker in Portland, Oregon . The company was founded by Lewis I. Thomson and CJ McPherson in January 1914.

The car had a high frame with 2438 mm wheelbase and wooden spoke wheels. The two seats were arranged one behind the other. The vertical windscreen and the top gave the Cyclecar the look of a "real" car. The Portland was powered by a V2 two-stroke engine , which gave its power via a planetary gear and a belt drive to the rear wheels. The selling price was US $ 395. By the end of the year, the Portland had disappeared from the market again.