Automotive manufacturer of Hagerstown Maryland.United States from 1904 to 1908. 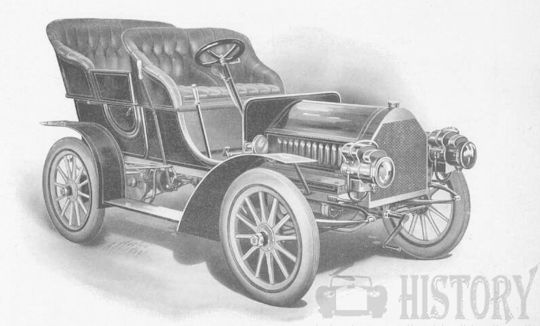 Pope-Tribune was an American car brand, which was manufactured from 1904-1908 built in Hagerstown (Maryland) . The plant originally belonged to the Crawford Bicycle Company , which belonged to Colonel Albert A. Popes Bicycle Trust . Harold Pope, a son of Albert Pope, directed the work.

In 1904, an initially was single cylinder runabout built, which for a cheap price of 650 US dollars was sold. Pope-Tribune was thus the cheapest brand in the Pope Empire. The following year, a four-seater tonneau was added, which was equipped with a two-cylinder engine and was also offered for under $ 1,000. In 1907, the one and two-cylinder models had disappeared, and available as a runabout or touring car Model X with 20-bhp four-cylinder engine (14.7 kW)  costing 1750 US dollars. 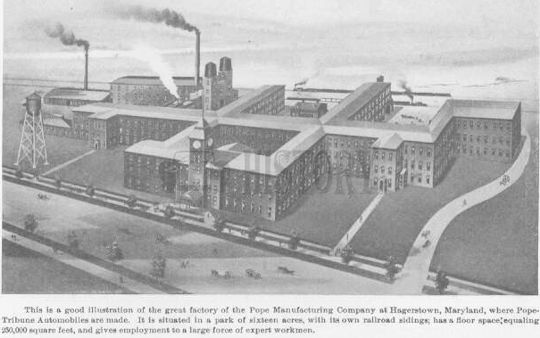 In 1908, the cars became even bigger and more expensive, but the customers were no longer interested in the brand. The factory had never made a dollar profit and so Pope decided to stop production and sell the plant (at a loss!) To the Montrose Metal Gasket Company , a manufacturer of metallic gaskets.