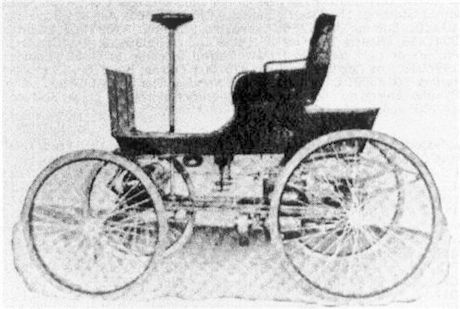 Pomeroy Motor Vehicle Company , previously Pomeroy Manufacturing Company , was an early American manufacturer of automobiles in the early part of the 20th century.

BH Pomeroy founded in 1902 Pomeroy Manufacturing Company in Brooklyn in the US state New York . He began in March 1902 with the production of automobiles. The brand name was initially Keromobile .In July 1902, the name changed to Pomeroy Motor Vehicle Company . The vehicles were now marketed as Pomeroy . In the same year the production ended.The name Keromobile was given to the brands because the engines were powered by kerosene . At first there was only one model. A two-cylinder two - stroke engine with 8 hp power drove the vehicles. The engine weighed only 39 kg. The only structure was a two-seat runabout .