Automotive manufacturer of Cleveland Ohio.United States from 1900 to 1931. 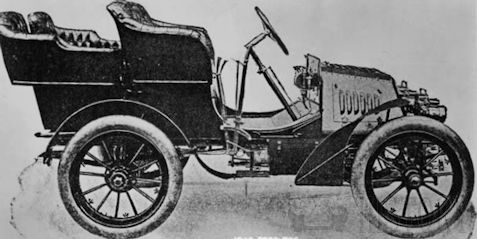 The Peerless Motor Company was an American automobile manufacturer in Cleveland ( Ohio ), famous for its luxury vehicles was known with precision mechanics. From 1911 to 1919, the company also produced commercial vehicles. The Peerless factory was on Quincy Ave. 9400 in Cleveland.

The company, founded in 1900, initially produced the De Dion-Bouton engines under license . At that time, Cleveland was a thriving center of the American automotive industry and by 1901 produced its own cars. Peerless employed Barney Oldfield as the driver of the "Green Dragon" race car; In the early races Peerless proved the reliability of its products and set many speed world records. Peerless was (unlike most other US manufacturers) known for the use of crankshafts with 180 ° crank angle.

In further development, Peerless, along with Packard and Pierce-Arrow, became known as the United States' "Three P's of Motor Dome".

In 1915, Peerless merged with the General Vehicle Company of New York and the "Peerless Motor Company" became a subsidiary of the newly created Peerless Truck & Motor Co. 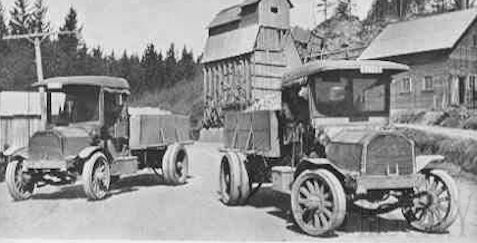 Peerless supplied about 12,000 military trucks to the Entente forces during the First World War , particularly to the armies of the United States , France , the United Kingdom and Russia . After the war, the commercial vehicle market in the US changed dramatically. On the one hand, there were no government orders for armaments, on the other hand there was a large supply of new and new army trucks that were no longer needed and, finally, there were more specialized commercial vehicle manufacturerson the market. For many small manufacturers such as Peerless, the commercial vehicle business became too unprofitable and too risky. Peerless drew the consequences early and limited himself to cars of the upper and luxury class .

The reason for the demise of Peerless was the high quality of their vehicles. In the 1920s, conservatively styled cars were produced that lasted ten years or more. Anyone who had already bought a Peerless remained; The new luxury car buyers were more attracted to brands like LaSalle , Packard and Studebaker .

1930/31 commissioned Peerless Murphy Body Works in Pasadena ( California ) with the design of the model in 1933. Frank Hershey took over. Hershey's work convinced with clear lines and elegance; The car equipped with the new V16 engine.

Just as the car was to be sent back to Cleveland, the management of Peerless decided to no longer concern itself with car manufacturing, but with the brewing industry. The beer brand Carling Black Label was now produced with the end of Prohibition, 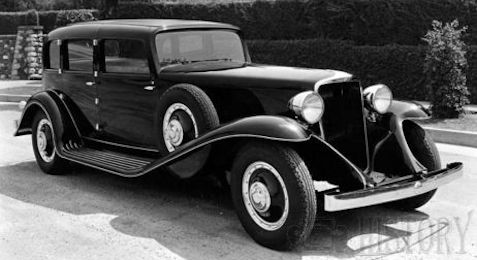