Automotive manufacturer of Goleta, California United States from 1978 to 1983. 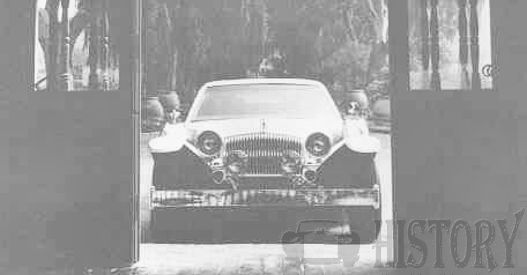 Pacific Coachworks was an American manufacturer of Neo-Classic style automobiles .

The company was founded in 1978 in Goleta , California .The production of automobiles began. The Brand name was Di Napoli, and Pacific Coachworks . By 1983 ended production. The expensive price of $65,00 ment as few as seven vehicles made. Later Marauder & Co. continued the production under its own name.

The only model was a Neo-Classic vehicle in the style of the 1930s. Chassis , drive and the middle part of the body came from the Buick Regal . A V6 engine of Buick with 3800 cc displacement with turbo powered vehicles a LSD Axel with heavy duty suspension and power steering.