Automotive manufacturer of Terre Haute, Indiana. United States from 1903 to 1912. 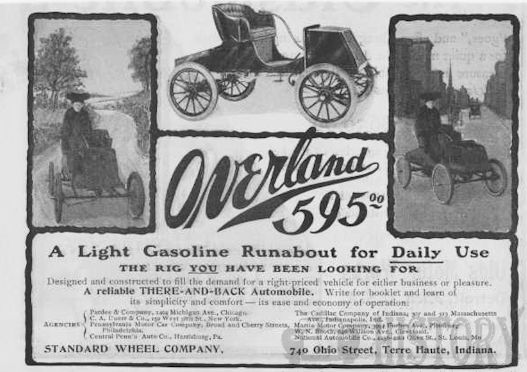 The Overland Co. was an automaker in the United States in the early part of the 20th century.

The Overland Automobile Runabout was founded in 1903 by Claude Cox , a graduate of the Rose Polytechnic Institute , when he was employed by the Standard Wheel Company in Terre Haute , Indiana. In 1905, Standard Wheel Cox allowed Overland to relocate to Indianapolis and became co-owner.

In 1908, Overland Motors was bought by John North Willys . they made cars and light trucks untill in 1912, the company was renamed Willys-Overland .

The Overland vehicles were manufactured until 1926. Then they made until 1931 the Whippet .The last vestige of the Overland automobile empire can be found in bricks that form the word "Overland", by the chimneys of the factory in Toledo, which was once the center of the Willys automobile empire. 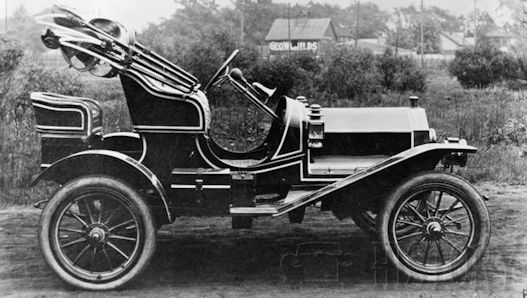