Automotive manufacturer of Newark , New Jersey.United States from 1908 to 1911. 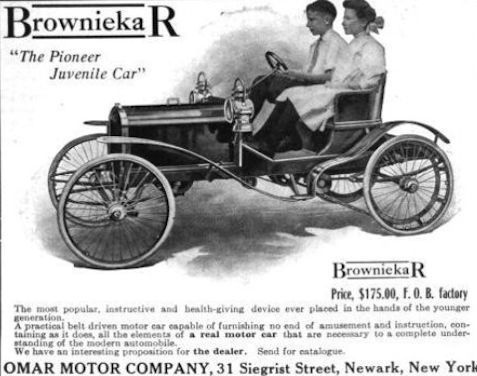 Omar Motor Company was an American manufacturer of automobiles in the early part of the 20th century.The brand name was BrowniekaR .

Sam A. Mora, who also ran the Mora Motor Car Company , founded the company in 1908 in Newark , New Jersey . William H. Birdsall was the designer. They started with the production of automobiles. . In 1910, the bankruptcy began . On November 15, 1911.Overall, emerged around 1000 vehicles. 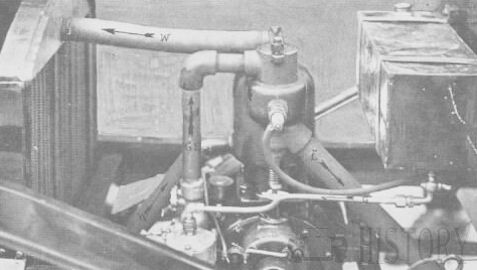 The vehicles were remarkably small and particularly suitable for children, but could also be driven by adults. A water-cooled single - cylinder four-stroke engine with 76.2 mm bore , 88.9 mm stroke and 405 cc capacity made 3.5 hp  drove over belts on the rear axle. The wheelbase was 168 cm. The open roadster could accommodate two people next to each other. The curb weight was given as 170 kg.