Automotive manufacturer of Oak Hill , Florida United States from 1977 to 1981.

Old Car Reproductions Inc. was an American manufacturer of automobiles from the late 1970s to the early 90s .

The company was founded on August 30, 1977 in Oak Hill , Florida . Nancy Shetley and Bruce Thomas were presidents and directors, while Philip Jansen was just a director.  In addition, Mike Shetley . 1979 began the production of automobiles.  The brand name was Old Car Reproductions .

One model was the Daytona Bird , designed by Ralph Moody. This was the replica of a Ford Thunderbird from the construction period from 1955 to 1957.  The body consisted of plastic . The former factory price of a expensive 20,000 dollars corresponded approximately to the original value of a used car.

In addition, there were the models Eagle and Moodymobile . One of them was a replica of the AC Cobra . The Moody Mobile a modified Mercury Capri with a diesel engine. 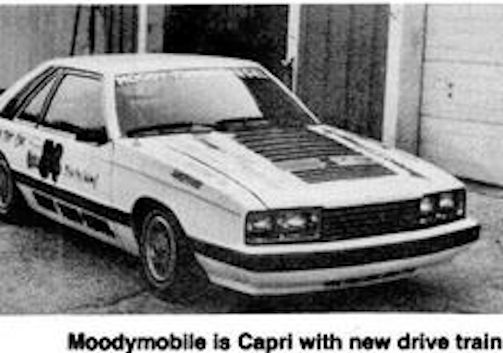