Automotive manufacturer of Rock Hill , South Carolina.United States from 1991 to 1999. 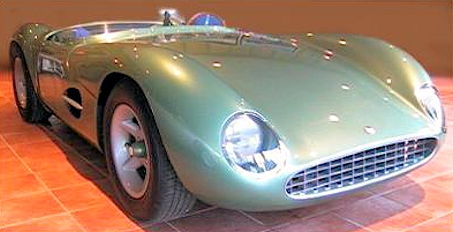 Nostalgia Motorcars ltd. was an American manufacturer of kit car automobiles in the 1990s .

The company was based in Rock Hill , South Carolina .People are referred to as Jim Harrell and Gil Valk. 1991 began the production of automobiles. The brand name was Nostalgia Motorcars . 1999, the production ended.

The only model was the Aquila . This was an open racing sports car in the style of the 1950s without a direct role model. A tubular frame formed the base. Then a two-seat aluminum body was mounted. A V8 engine from Chevrolet powered the vehicles.