Automotive manufacturer of Santa Ana, California .United States from 1978 to 1982.

Newport Coachworks Inc. was an American manufacturer of automobiles .

J. Alan Rowland founded the company on November 22, 1978 in Santa Ana , California . in 1979 started the production of automobiles.  Designer was Ernest Kanzler. On April 2, 1979 was held the first public presentation at a motor show in New York.  The brand name was Kanzler . Planned were 250 vehicles. 1981, still created vehicles. In the early 1980s  the production ended. 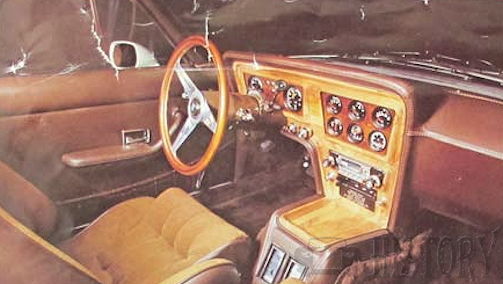 The only model was a luxury vehicle in the style of the 1950s.  A chassis of the Mercury Cougar extended to 306 cm formed the base.  The vehicle front consisted of fiberglass . The cabin came with lots of wood in a retro style . was striking the spare wheel at the rear of the coupe .The vehicle length was 526 cm. A V8 engine from the Ford Corporation with 5700 cc capacity (351 cubic inches ) drove the vehicles.