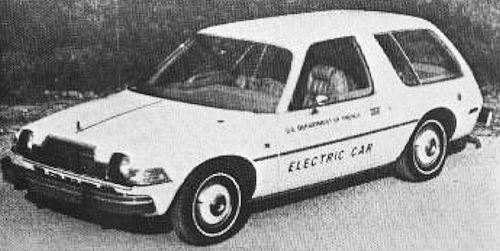 The energy crisis of the early 1970's generated great interest in electric vehicles, to reduce U.S. dependency upon fossil fuels. The U.S. Department of Energy initiated several electric vehicle programs to spur development.  Out of this Electric Vehicle Associates (EVA), Incorporated came to be.

High school vocational education teachers in Cleveland, Ohio as a student project started EVA. EVA had converted various vehicles to electric power, but when the Pacer hit the scene, it made the ideal electric vehicle.  The large interior volume was ideal for carrying the lead acid batteries, battery charger, and motor controller that was required for the vehicle. .

The Change of Pace was driven the same as a gasoline powered Pacer, and the operation was invisible to most drivers. The car was completely silent when stopped, which is a very unusual experience. It seems that the car has stalled, but it is ready to go whenever the accelerator is depressed. Electric vehicles produce maximum torque at start, so they feel very energetic. The additional weight and modified suspension produced a very smooth ride.

EVA made well over 100 Change of Pace Pacers, and then turned to Ford Fairmonts and Ford Escorts after the Pacer. 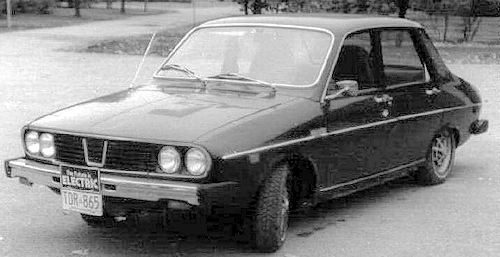 This was a conversion of a Renault 12, a 4-door, 4-seater, front-wheel drive car using an automatic 3-speed transmission with 19 batteries , each with a voltage of 6 volts, . The top speed was indicated at 88 km / h, and the range with up to 88 km.

The Current Fare was a conversion of a Ford Fairmont. Both sedans and station wagon versions were produced. 20 of these vehicles were purchased by New York Consolidated Edison in 1981.

The dimensions are those of the AMC Pacer but with an increase in weight due to the batteries.