In the mid-teens, R. F. Monroe was head of the Monroe Body Company in Pontiac, while William C. Durant headed Chevrolet in Flint. These two worked together to form Monroe Motor Company in Flint in August 1914. Monroe was president, while Durant was vice-president. There was a cross-stockholding arrangement between the Monroe and Chevrolet companies. Construction of the Monroe cars occurred in a plant formerly used by Chevrolet in Flint, and the Chevrolet company undertook to distribute the new Monroe automobile. However, in April 1916, Durant resigned his vice-presidency, and the Monroe company moved into the former Welch factory in Pontiac.

The company was now reorganized as the Monroe Motor Car Company, with a capitalization increase to US$1,000,000. This company went bankrupt in 1918. In the fall of the same year, the William Small Company of Indianapolis bought the assets of the Monroe company. The Small company had previously distributed Monroes in Indianapolis. The Pontiac factory was now leased to General Motors for production of the Samson truck. Monroe production was thenceforth carried out in Indianapolis only.

The Monroe had started as a light, small car, with only open cars on offer. By this time in its history, however, they came equipped with an engine of the company's own design, and a sedan was included in the price lists by 1918. At this time, Louis Chevrolet was brought in by William Small as a consulting engineer to "work out design problems for the Monroe car." This was ironic, as Louis Chevrolet had also used to work with William Durant, just as R. F. Monroe had. Chevrolet had little impact on the production Monroe car, but he did assemble seven race cars with Cornelius Van Ranst. Three of these were raced as Frontenacs, while the other four used the Monroe name. Louis Chevrolet's brother, Gaston, won the 1920 Indianapolis 500 in a Monroe. This was the first time an American car won at the Speedway since 1912.

Later the same summer, the William Small Company went into receivership. After various refinancings, the American Fletcher National Bank of Indianapolis purchased the Monroe assets in January 1922. In March of the next year, Strattan Motors Corporation bought the Monroe company. Frank E Strattan, the owner of Strattan Motors, was rumored to be also considering purchasing the Premier factory, also in Indianapolis. Strattan declared that the Monroe would continue to be built, but be joined by a lower-priced car called the Strattan. Just a few months later, in order to concentrate on his Strattan car, Frank Strattan sold the Monroe company to Frederick Barrows of Premier. Originally after this latest purchase, the company was organized as Monroe Motors, Inc., but soon it was absorbed by the Premier company. The last Monroes transformed into the Premier Model B. 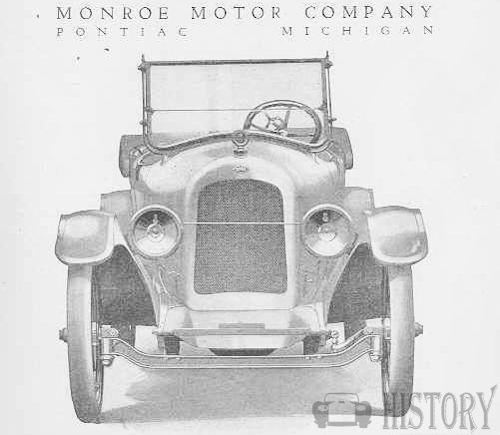