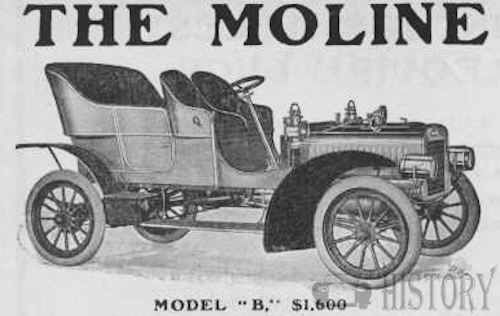 The Moline Automobile Company (1904 - 1919) was an American brass era automobile manufacturer in Moline, Illinois known for the Moline-Knight.

The Moline was an American automobile manufactured by the Moline Automobile Company located at 74 Keokuk Street in East Moline, Illinois, from 1904 to 1913. and then branded as the Moline-Knight  to 1919 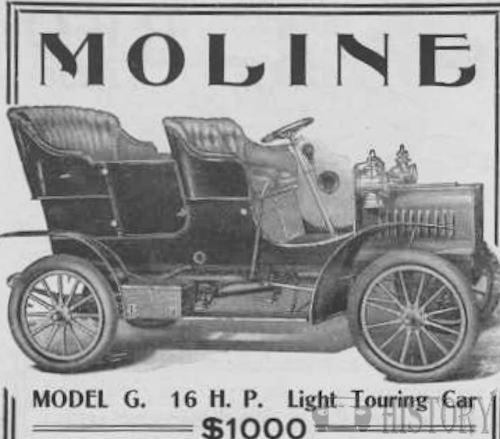 Model G £1000 16 HP light touring car with 4 3/4 bore and 5 inch stroke engine with four rings on each piston and Schebler carb with a splitdorf coil system. 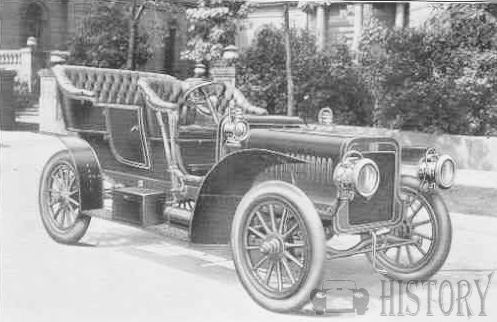 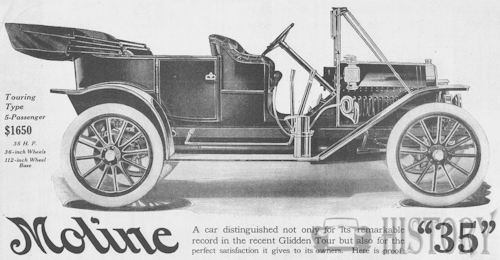 The 35 was joined in Moline's 1911 lineup by a four and a five passenger tourer and a four-passenger "toy tonneau", "all with self-starting", the ads bragged.

Features found in a Moline-Knight included sleeve valves and a quiet engine. Some drawbacks were its large oil consumption and its carburetor's sensitivity to altitude.

A later Moline-Knight car from 1916