The Michigan Buggy Company started out building high-wheeled buggies in Kalamazoo, Michigan. In 1911, they started producing low-built tourers and roadsters, which were powered by 33 hp or 40 hp four-cylinder engines.

These were known by "Mighty Michigans" in company advertisements, but were never officially named this. The company was in business from 1908 to 1914. 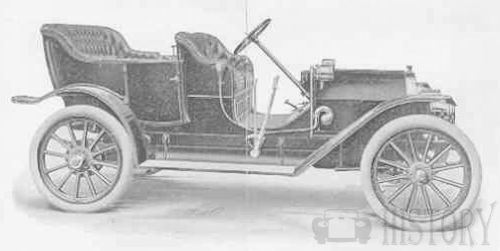