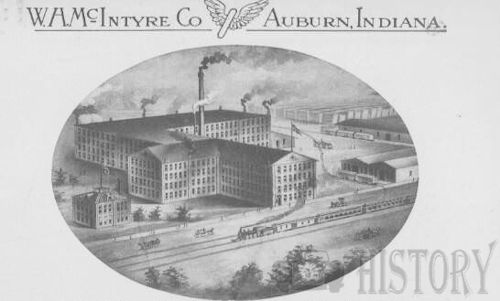 The McIntyre Company started as the W. H. Kiblinger Company in 1887, manufacturing buggies. After W. H. Kiblinger's death in 1894, William H. McIntyre purchased the company and began experimenting with automobiles as early as 1897.

In 1906 they began selling high-wheelers with tiller steering and one-cylinder engines under the Kiblinger name. Prices were as low as $250. 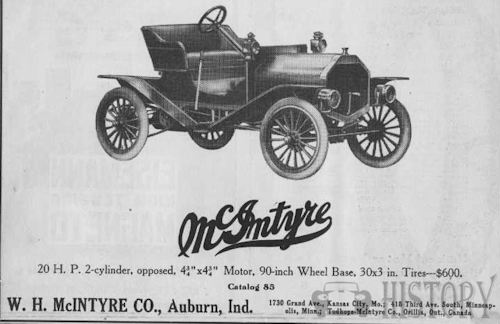 The company soon grew to occupy a total of five buildings around Auburn, Indiana and employed 400 men. In December 1908, the name was changed to the W. H. McIntyre Co. and the manufacture of buggies and high-wheelers continued, but the line gradually changed to more modern cars and trucks. Trucks of up to 5-ton capacity were offered. McIntyre also had success with its IMP Cyclecar model.

Initially, only highwheelers were on the range. They resembled Kiblinger's models, but they were independent enough to prevent patent litigation.

In 1912 there was only the model F-12 . The four-cylinder engine made 26 hp. The wheelbase of 290 cm allowed a structure as a five -seater touring car.

Between 1913 and 1914, the Model 6-40 was in the range. It had a six-cylinder engine with 40 hp. The wheelbase was 305 cm. The bodywork was called Limited Touring and was a touring car with five seats.

In 1915, this model was retained. There was also the model 4-25 . It had a 25-horsepower four-cylinder engine, 269 cm wheelbase and was also a five-seat touring car body. 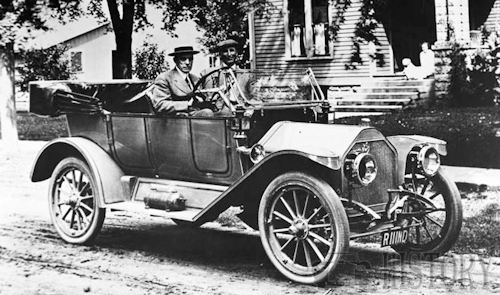