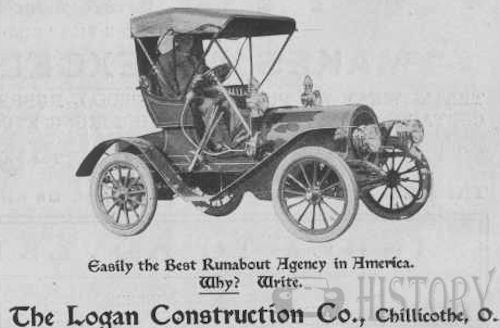 The Logan Construction Company was founded in 1903 in Chillicothe, Ohio. They were manufacturers of the Logan automobile until 1908.

Logan Construction Company was the first American automobile company to export trucks from the United States when it shipped two delivery trucks to China in 1905.

The company produced Touring Cars and Roadsters. They tested their regular stock three-ton truck, delivering a load of canned goods in Cincinnati, Ohio. One hundred cases were loaded in the truck and started from the factory at 1:00 pm, reaching Washington Courthouse at night, having made a distance 32 miles (51 km) in about four hours. One bad washout was passed "without difficulty." The next day, the journey was continued to Dayton, Ohio, in the "midst of a pouring rain, which made the roads very slippery." The party started off for Cincinnati at 7:00 am the next morning and the 62 miles (100 km) were "covered in good shape," the truck arriving at the garage of the Cincinnati Automobile Company at a little before 6:00 pm. According to the company; "not a tool had been touched to the truck during the trip, and most of the way had been made on the high gear." 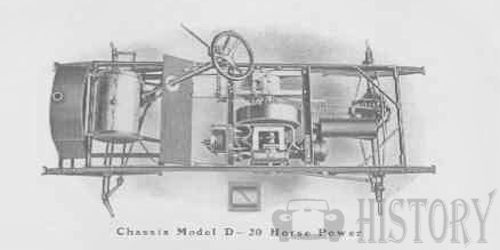 An early advertisement in national magazine, Motor Age noted the automobile was "light, powerful, swift and silent" and that the Logan "Blue Streak" was a semi-racer. The engine was 24-horsepower and the vehicle was sold for US$1,750.

Another national advertisement stated that the engines were 2-cylinder opposed "as that gives the same power with half the parts, half the bearings and wearing parts and half the likelihood of getting out of order." The motto was "that car of quality." 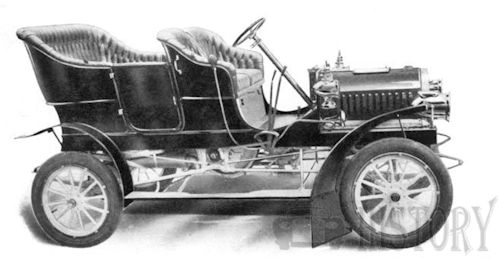