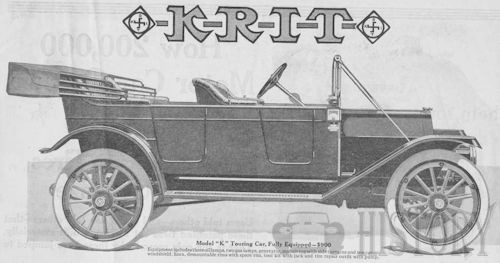 K-R-I-T (or simply "Krit") was a small automobile manufacturing company from 1909 to 1916 based in Detroit, Michigan.

Its name probably originated from Kenneth Crittenden, who provided financial backing and helped design the cars. The emblem of the cars was a swastika. Krit occupied two different sites during its history: the first one it took over from the Blomstrom car, and in 1911 moved to the works that had been used by R. M. Owen & Company who had moved to become Owen Magnetic. 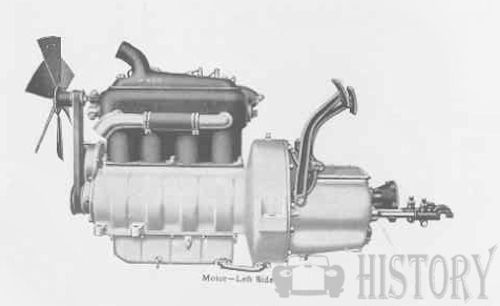 The cars were conventional 4-cylinder models and many were exported to Europe and Australia.

The outbreak of World War I seriously damaged the company and it failed in 1915. A few cars were subsequently assembled from remaining parts.

In 1911 the KRIT Motor Company was purchased by Walter S Russel of the Russel Wheel and Foundry Company.