Automotive manufacturer of Cleveland , Ohio.United States from 1916 to 1932. 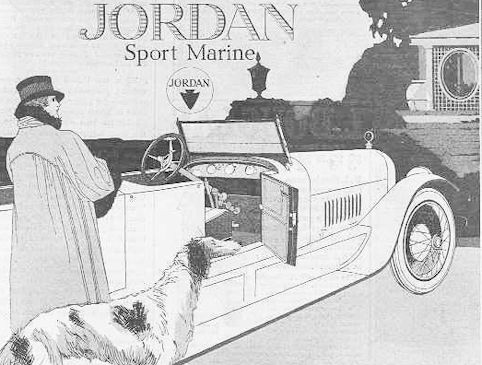 The company was founded in 1916 in Cleveland , Ohio , by Edward S. "Ned" Jordan , the former advertising director of the Thomas B. Jeffery Company (manufacturer of the Rambler ), in Kenosha .
From 1917 to 1931 she produced automobiles using parts from other manufacturers. Jordan automobiles were known more for their attractive design than for their advanced technology. Thus, the advertising wasThis brand is often more original than the vehicles themselves. Jordan once said: "Cars are too boring and monotonous" ("cars are too dull and drab"). In his opinion, people have wanted to drive "chic cars" since they dressed smartly.The Jordan Motor Car Comp. built their plant in downtown Cleveland (1070 East 152nd Street) along the Nickle Plate Railroad track. The location was ideal for the shipment of finished automobiles. The plant was built in two steps: The construction of the main building began on April 5, 1916. It was completed about seven weeks later. The expansion took place shortly afterwards and was erected a few months after the start of the main building.Some parts of the Jordan automobiles were purchased from outside companies. Foreign components included Continental engines , Bijur starters and Bosch igniters . According to Ned Jordan's biographer James H. Lackey, the source for the bodies of the early Jordan cars was a mystery. 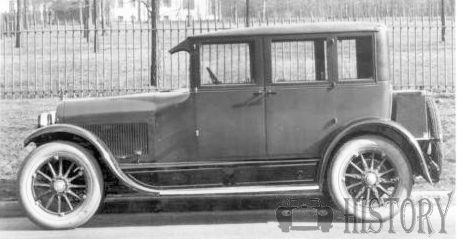 Although Jordan had the capacity to paint bodies, to mount them on the chassis and to set up passenger compartments, they lacked the opportunity to produce their own bodies. Bodywork of later models was sourced from a number of Ohio and Massachusetts companies .In the first year of production 1916 Jordan sold more than 1000 vehicles. Although most car brands relied exclusively on Japan Black paint, which dried in a few hours, Jordan automobiles were available in no less than three different red variations: Apache Red, Mercedes Red, and Savage Red ". Also on offer were Ocean Sand Gray, Venetian Green, Egyptian Bronze, Chinese Blue and Black, and the most extravagant was Submarine Gray, which features a khaki-colored roof and orange wheels different variations.Also, the details that the Jordan automobiles were equipped with were amazingly advanced for the time - such as the gasoline filler neck, which was moved from the ventilation panel to the rear of the vehicle.

In its place was now one of the most modern cooling systems of its time. Jordan has been producing all- steel parts since the mid-1920s, about ten years before Buick and eight years before Chrysler with the Airflow model .Ned Jordan was also one of the first automakers to apply his products emotionally and cheekily. These included appropriate ad campaigns and unique names for his vehicles, such as the "Sport Marine", the "Tomboy" or the "Playboy".
In 1920, the brand expanded its range by adding the "Friendly Three" coupe with the slogan "Give two people space, three if they are friendly" ("Seats two, three if they're friendly") .In 1927, the company landed a failure with the luxury compact car Little Custom , which put them in financial distress. 1931 set JMC production.1932 followed the liquidation .