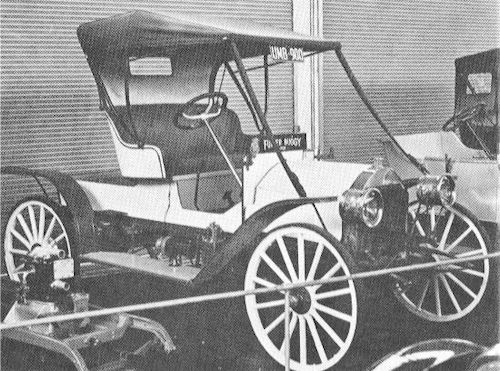 From 1909 to 1910, there was another Fuller automobile produced, this one in Jackson, Michigan.

This car was started by George A. Matthews, one of the directors of the Jackson Automobile Company. There were two models available, a double-chain drive high wheeler, and a shaft drive standard wheel car. Both models featured full-elliptic springs.With water cooled engines.

The reason for the car was simply that Matthews wanted his Fuller Buggy Company to make an automobile. Since there was not any more sound reason for the car than this, it did not last long and was absorbed by the Jackson Automobile Company in 1911. After this, the high wheeler was discontinued and the parts that were left for the standard car were used on the Jackson assembly line.