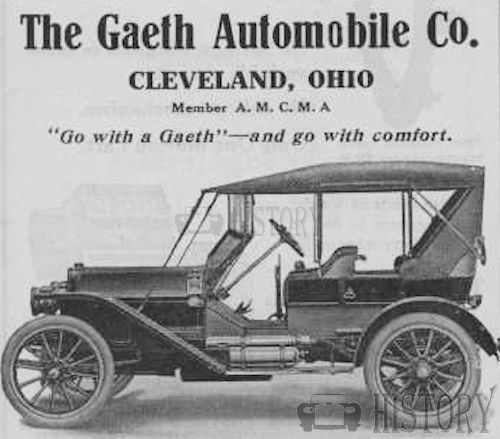 Gaeth was an American steam automobile manufactured in Cleveland, Ohio from 1902 until 1911.

Bicycle maker Paul Gaeth added stationary engines to his business, and made an experimental steam car in 1898.

His gasoline cars were unusual in using a large 3-cylinder horizontal engine of 25/30 hp. strange in the fact that the engine was mounted under the seats rather than the bonnet which was a dummy item to go with convention at the time.